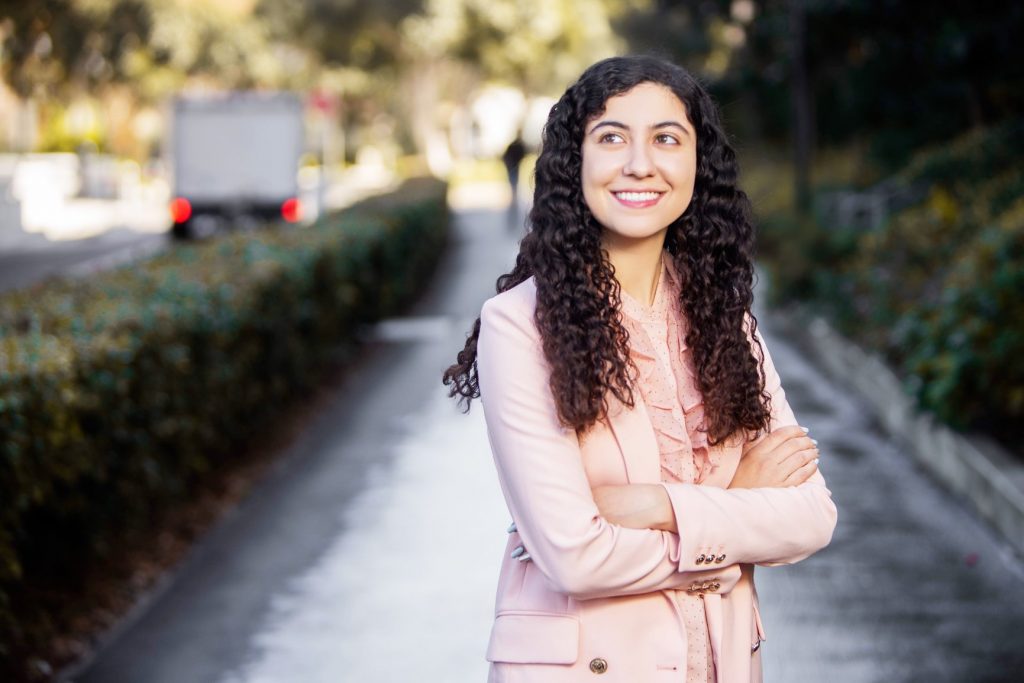 It all started in a garage.

Many success stories, from computer companies to grunge bands, start that way.

But how many are still in the garage while shipping to thousands of customers, working with dozens of suppliers and raising $1 million in seed funding?

That’s the reality for Zarina Bahadur and 123 Baby Box.

Bahadur, with a fresh Master of Innovation and Entrepreneurship from the University of California, Irvine, is now in the midst of her seed round fund-raising process while curating products for mothers of babies and toddlers ages 0-3.

She’s also completed the Wayfinder incubator at UCI and was part of the June 2021 cohort at the Long Beach Accelerator, a partnership of Cal State Long Beach’s Institute for Innovation and Entrepreneurship, the city of Long Beach and Sunstone Management. Most recently, she completed five months at XRC Labs in New York City.

“It started with a late-night trip to Target,” Bahadur said. “I saw an exhausted mom there with a baby and a toddler in hand, trying to shop for supplies. I thought, ‘why couldn’t things come to her at home in a box?’”

It wasn’t long until Bahadur was in the garage, packing boxes with supplies picked specifically for mothers and babies of a specific age. While she was learning by doing, she also was learning in class at UCI. 123 Baby Box was launched officially in March 2021, but Bahadur said she was already thinking expansion.

“I was in the Wayfinder incubator, and the director, Chris Halliwell, pointed me to the Long Beach Accelerator,” Bahadur said. “I was in an OC bubble. I got into LBA, and that’s where I met Sunstone. The rest, as they say, is history.”

Bahadur had won the New Venture competition at UCI (now known as the Stella Zhang New Venture Competition) and started her company with the $25,000 prize money. Sunstone, through the LBA, was 123 Baby Box’s first institutional investor.

“The workshops at LBA were great,” Bahadur said. “They’d teach the basics, then move on in depth. Andrea (White-Kjoss, managing director) would bring in expert speakers on legal issues, B2B business, things like that.”

As Bahadur moved forward, 123 Baby Box became more sophisticated. She added products from mom-and-pop companies, then larger suppliers, up to and including toy giant Fisher Price.

Bahadur said another lesson learned at LBA was the need for experts within the business.

“When I graduated, it was time to expand the team,” Bahadur said. “You have to understand what you’re good at. I struggle with marketing, and we rely on e-commerce. I realized I needed a CMO, a chief marketing officer. Christian has worked with us for about a year.”

“Mothers don’t often get thought of,” Bahadur said. “It’s nice to think of a mother opening a box to a nice surprise.”

Bahadur said she grew up learning about buying and selling — her parents are first generation immigrants from the Middle East. Bahadur often accompanied them.

Bahadur was the first in her family to graduate from college, and she said she is impressed with Sunstone Management’s emphasis on assisting minority- and women-owned startup businesses. She said she is in talks to have Sunstone participate again in the next round of investment. And she wants to give back, as well.

“Now we want to expand the company to be more than a subscription service,” Bahadur said. “We want to be a full service company, with our own product line, and providing more resources, including FAQs and doing the research mothers don’t have time to do.

“I take my inspiration from the great innovators,” she added, “When Amazon started, they didn’t just want to be a big bookstore… I’ve met so many angel investors, been so fortunate, I want to kind of pay it forward, maybe even be an angel investor myself one day. But we have business to do first.”

Oh, and it’s still being operated out of a garage.