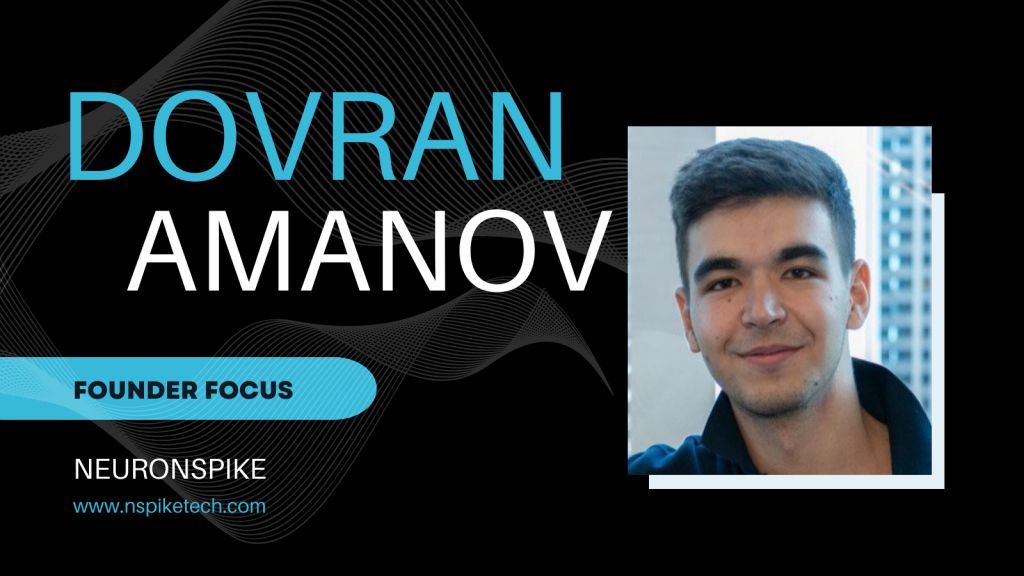 Like some of the most famous tech innovators in the last few decades, Dovran Amanov quit college — and not just any college, either. He dropped out of the doctorate program at Harvard (he did earn a masters there).

The motivation was the same as famous dropouts Bill Gates, Steve Jobs or Mark Zuckerberg — Amanov has a big idea. It’s called NeuronSpike.

“It’s AI (Artificial Intelligence) like you see in self-driving cars,” Amanov says. “Only I want to make it more accurate on a really large scale. It has to be reliable, but with a really fast response time.”

Amanov is basing his processor on the principle of human thought, moving information like the brain’s neurons work — hence the name NeuronSpike.

Amanov had some help deciding to drop out of Harvard. He had moved to New York City from Hong Kong and had been invited to be part of the prestigious Lair East Labs’ 2022 cohort. Lair East Labs has expanded this year through a partnership with Sunstone Management, the Irvine, Calif.-based investment firm specializing in high-tech startups with diverse founders participating in accelerators.

Amanov and NeuronSpike fit the bill.

Amanov began attracting attention while attending Hong Kong University. He won the International Physics Olympiad three times, and his paper on brain-inspired computing was published while he was still an undergraduate. His capstone project won the prestigious Tech Crunch prize.

“I did a summer internship at Harvard,” Amanov said of his time at Hong Kong University. “I was working with hardware and machine learning. It was a really high-energy time. I got to work with Samsung.”

His graduation from Hong Kong with a degree in science and technology in 2019 coincided with the launch of NeuronSpike. Not much later, Amanov had licensed his first-generation processor algorithm to the Hong Kong government.

Amanov explain his breakthrough in terms of the brain’s pathways, and how current processors differ.

“What slows down the CPU now is that it needs to go to the memory to get the information to process,” he said. “It’s in the connection. But in the brain, that’s not the case.

“With NeuronSpike, the CPU and the memory are not separate units. We put it more on the same level.”

Working with the Hong Kong government was satisfying, but at the beginning of this year, he moved to the United States.

“I liked how they are making moves to bring micro-chip manufacturing back here.

“With Lair East Labs, we connected two years ago. I’ve been in talks with them for a year and a half. I liked their extensive connections and how they are pretty global.”

By mid-October, Amanov had gone through four weeks of the Lair East Labs accelerator and had met with Sunstone officials. He said the Sunstone connection has already pointed him to a research and development tax credit he didn’t know he was eligible for.

Lair East Labs’ approach of providing core business expertise and access to specialists like attorneys and accountants has been valuable, he added. Talking with other cohort members about their experiences has been enlightening as well.

“The time spent is very worthwhile,” he said. “I’m making more connections… and with Sunstone, it’s bicoastal. Until now, I’ve been working with public (Hong Kong) money. Now it’s time to develop the private company. The next step is to raise money, and this experience is key to that.”

For more information about NeuronSpike and to follow the progress of the next high-profile Harvard dropout, go to nspiketech.com.