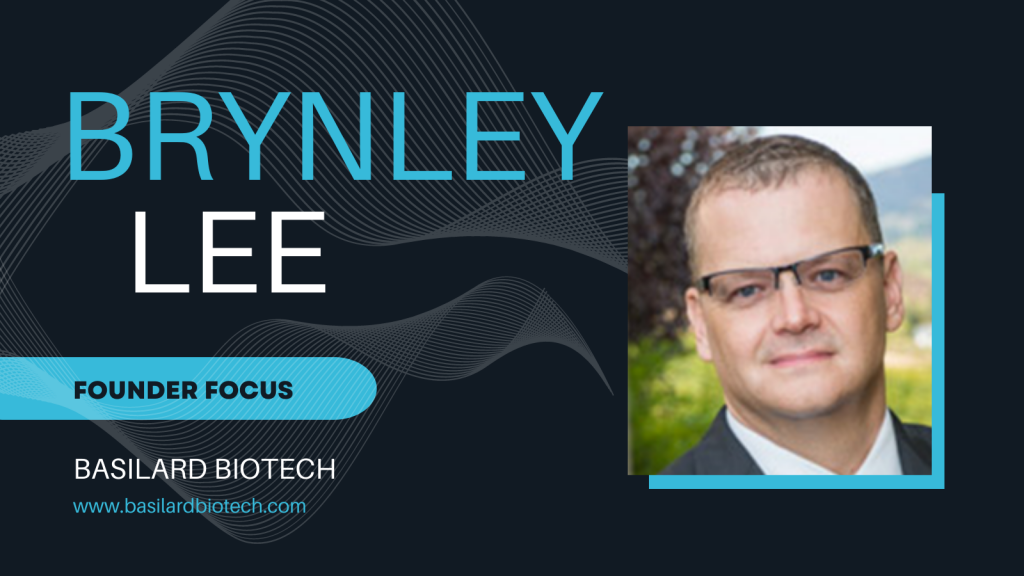 The story of Basilard BioTech (part of the Sunstone Management investment portfolio) could be the blueprint for taking an invention to the market with the potential for a huge payoff.

It started at UC Riverside, a state university with a strong reputation for research. UC Riverside, like many universities today, includes a technology incubator to help that research help the world.

“I was a turn-around specialist,” Basilard CEO Brynley Lee recalled. “I had helped several companies. Then the vice chancellor at UC Riverside approached me and asked if I would consider being the CEO in residence for the technology incubator.

“I was in one of those lull periods, so I agreed.”

That was in 2018. Lee began researching the researchers, looking for an innovation that had the potential to become a commercial success. And that might have been easier than finding the right academic partner, Lee said, where the synergy would allow the journey that can take some serious time.

Rao is an associate professor in the department of mechanical engineering at UC Riverside. His research specialty is microdevices for use in biology and medicine. And about the time Lee arrived in his lab, Rao had come up with something he called Celletto™.

Celletto™ is a nano-mechanical technology designed to precisely deliver biological material — primarily genes for genetic therapy — to cells. Created on silicon chips, the Celletto™ has a well to capture the material to be delivered and a single point to inject that material into the target cells.

Current delivery of cell therapy material primarily is through a virus grown with the treatment as a part of the virus. Viruses essentially attack cells to deliver the vaccine or gene.

“It’s a much more precise way to deliver,” Lee said of Celletto™. “The key is how it (the gene) gets into the cell. A virus rips and tears (the cell). Our Celletto™ has a single pore, which gets into the nucleus, where things happen. The cell viability is much higher.”

Lee said he had done marketing studies for a number of potential products, and Celletto™ had an edge there as well.

“A lot of ideas are not scalable,” Lee said. “The marketability is subject to supply and demand. But here, there are close to 2,000 therapies out there right now that need something to deliver them. It’s creating its own market.”

So Celletto™ convinced Lee it was what he wanted to concentrate on. And it was time for his expertise to step forward. It was time to create a viable business.

“Dr. Rau and myself founded Basilard,” Lee said. “Then we brought in others. We had to create a legitimate company.”

Lee talks about creating a three-legged stool to make the company stable. He leads the executive management leg, with help from Lynne R. Rollins as CFO.

Second, there’s the science leg, focusing on cell and gene therapy. Dr. Rao is transitioning back to the university environment, teaching and doing research. In steps Dr. James Onuffer as the chief science officer. He has experience in two other private science companies, started the translational medicine laboratory at UC San Francisco and holds several patents.

Finally, it takes technical expertise in silicon wafer fabrication to make the final product. The stool is steady and strong, Lee said.

“It’s my job to build the runway, and we need a long runway,” Lee said. “We’re getting close to our target of $4.35 million (in investments). We were formed in July 1, 2019, and we’ve done a good job so far. We need to continue down that road for a long time — and expect a big payout at the end.”

Lee called Sunstone Management the model for investors jumping in early to help a promising company. Sunstone attended an investor pitch, asked questions, and followed Lee out after the session to ask more questions. An investment followed.

“That’s the way it’s supposed to work,” Lee said. “We know they will be watching, and we hope they’ll come in (with more investment) again.

“We like their focus on Southern California companies, too (Basilard BioTech is headquartered in San Diego).  They’re part of building the ecosystem.”

For more about Basilard BioTech and a more complete explanation of the technology they are promoting, go to basilardbiotech.com.