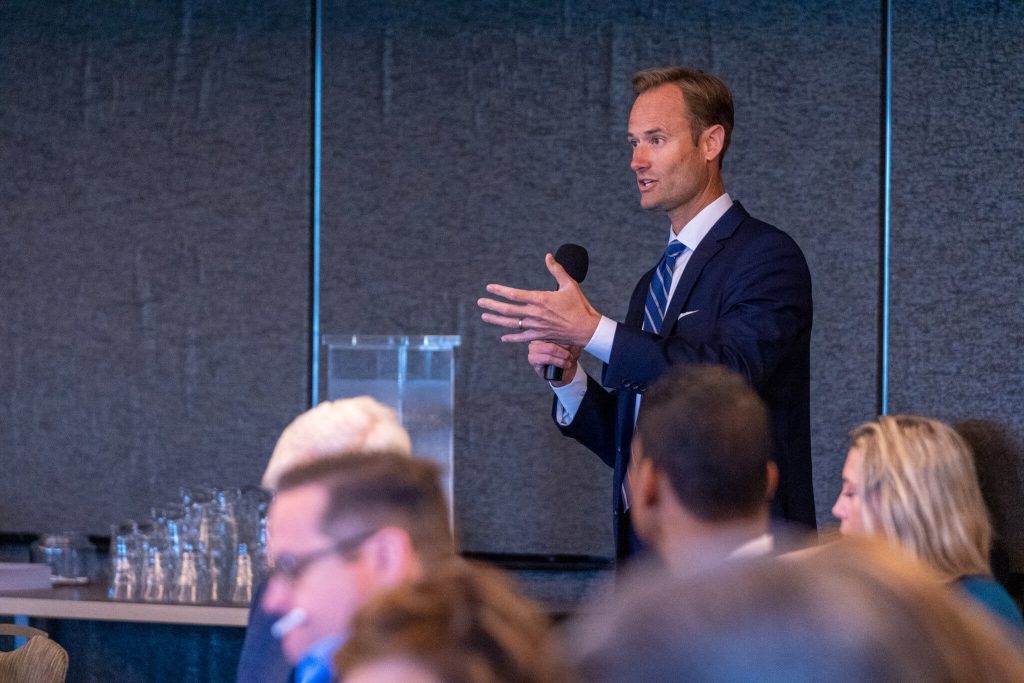 LONG BEACH, CA–CALED– How can city economic development departments step up their game?

John Keisler, CEO and managing partner of Sunstone Management, Inc., said just that to economic experts from all over California on May 11, in the middle of the annual CALED (California Economic Development) Training Conference. Sunstone was a sponsor of the conference.

Keisler developed instant rapport by pointing out he had been Long Beach’s economic development department manager for five years before moving to Sunstone. In fact, the Long Beach Accelerator was launched while he held that position.

“In 2017, Sunstone founder John Shen walked into my office,” Keisler said. “And that was the beginning. We went to the university (Cal State Long Beach), where they have the Institute of Innovation and Entrepreneurship, and created a partnership that led to the first-ever accelerator.”

Keisler reiterated that partnerships are the key to today’s version of economic development. Working with universities has been added to the PPP (public-private partnership) of the 2010s. That’s because California universities have both the expertise with their innovation and entrepreneur programs and the talent — 750,000 students in the UC and CSU systems — to feed entrepreneurship going forward.

With economic development a key function of modern municipal governments, Keisler encouraged the professionals to step up. City government has to be involved, he said.

“Government controls the regulations, “ he said, “from business licenses to land use. More importantly, government has the moral imperative. You have the unique perspective of a “for public benefit” view of the world, rather than worrying about making a profit.”

While the philosophy of economic development received its due, there was plenty of discussion about the nuts and bolts, too. While access to capital is key, Keisler said, throwing money isn’t going to get startups launched.

Incubators, providing space as well as business and technical support, have become keys to promoting businesses. A partnership with the local Small Business Development Center (SBCD) can provide training and connections to experts to manage incubators.

Economic Development Manager Christine Damko said that her department worked hard to help market small businesses, startups and in particular key sectors — in Temecula, that means wineries. Many entrepreneurs are too busy getting their business started to worry about things like social media.

Keisler said Long Beach and Sunstone have emphasized thinking out of the box, pulling in experts from across professional sectors. The Long Beach Accelerator has partnered with a premiere accounting firm, Windes, and legal firm, Keesal, Young and Logan, to provide support for startups there.

Mentors are key, too, he said. That’s where a university partnership is important, and economic development departments can reach out to the established business community.

Keisler’s final piece of advice went back to the concept of partnership.

“Do not try to do this stuff alone,” he said. “It’s just too big, too complex. Do it with partners.”