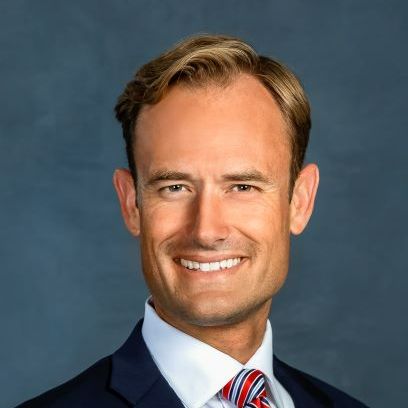 LONG BEACH, Calif.–(BUSINESS WIRE)–Elevating its position as a leader in local economic development and innovation, Sunstone Management today announced that John Keisler, an established leader in community growth and public private partnerships (P3s), has been named CEO. Keisler comes directly from the City of Long Beach government, having served as Director of the Department of Economic Development since 2017.

“John has transformed economic development in the City and has set a precedent for innovative, equitable and sustainable growth that our city will continue to benefit from for many years to come,” noted City Manager Tom Modica.

Keisler brings a wealth of experience in building successful, effective economic development to his new role as CEO of Sunstone. As Long Beach’s Economic Development Director, Keisler facilitated a historic increase of private sector investment in the city and made contributions to creating a more equitable and inclusive economy by establishing 33 new economic support programs and over $30 million in direct economic support to the local economy following the economic emergency caused by COVID-19.

“Sunstone is thrilled to welcome John Keisler as our new CEO. His long list of achievements with the city of Long Beach and investing in the local community is invaluable. We look forward to growing together as we continue to build the venture capital and innovation community into a more dynamic, inclusive environment in Southern California and beyond,” commented John Shen, Sunstone’s founder.

Over the past few years, Sunstone has established itself as the premier early-stage investor and entrepreneurial ecosystem facilitator in southern California. Sunstone focuses investments on minority-led, early-stage, disruptive, high-growth startups. The company’s venture capital efforts have included a variety of sponsored demo days and pitch competitions, as well as the creation of the Long Beach Accelerator (LBA), in partnership with the City of Long Beach and California State University Long Beach. Sunstone also develops startup-specific investments funds, like the LBA’s new Hyper Growth Capital Program.

Keisler is expected to dramatically increase the company’s profile and expand investment opportunities for the local community, as Sunstones continue to proactively forge partnerships with academic institutions, local governments, non-profit organizations, and community and industry leaders to promote innovation and entrepreneurship.

Keisler noted: “When people think about venture capital, they typically think a lot about Silicon Valley, but we have reached a point in L.A. and Orange County, just those two counties, that have annually over a trillion dollars of GDP production. The venture capital industry in Southern California has grown tremendously over the past decade. This is a powerhouse economically that Sunstone is bridging between LA County, Long Beach, Irvine, and Orange County. I think we can continue to build an innovative community attractive to potential investors and tech startups alike.”

Keisler continued: “We need to make success more accessible to more entrepreneurs of all demographics. We can change the game, not just for the venture capital world but also for the state of California, and create a more comprehensive and inclusive marketplace for innovators. I’m excited to work upstream with early-stage entrepreneurs coming out of our universities, especially our publicly funded CSUs, as well as partner with cities and counties on a new vision of economic development.”

Sunstone has long been at the forefront of expanding the innovation community beyond traditional Silicon Valley audiences, and I look forward to building on that strong foundation.”

Sunstone Management, with the Sunstone Venture Capital Fund, is a diversified private capital firm located in Southern California that invests in diverse early-stage technology entrepreneurs who demonstrate the promise to build great companies. We believe in the aspirational power of southern California to attract and inspire the most sophisticated investors and the most ambitious entrepreneurs in the world. We deliver new and exciting opportunities for economic growth through the creation of innovative public-private-partnerships, and our unique experience across government, education, and private sectors.